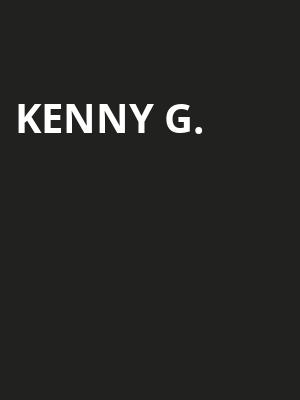 The frizzy haired Lord of Sax

When compiling a list of the best selling artists of all time, Kenny G's name may not be the first to spring to mind, but it should be. The saxophonist has sold over 75 million records worldwide, with his landmark 1986 effort Breathless shifting 16 million copies worldwide alone, making it the biggest selling instrumental album of all time.

The frizzy head Kenny G began his career in Barry White's Love Unlimited Orchestra in the 1970s, before signing as a solo artist in 1983. Over the years his sax has popped on tracks by everyone from Weezer to Aretha Franklin and has become something of a cult figure for mainstream pop acts. He's played with Foster the People on SNL and made a memorable cameo as 'Uncle Kenny' in Katy Perry's 'Last Friday Night' video. He remains the go-to man for any smooth jazz requirements and has helped the genre shake off it's stuffy, vintage image.

In recent years Kenny G has achieved success through a more unusual avenue - his track 'Going Home' has become an unofficial closing down anthem for businesses in China. While workers may not be familiar with Kenny G. himself, as soon as they hear that saxophone drifting across the office they know it's time to pack up their bags.

Sound good to you? Share this page on social media and let your friends know about Kenny G. at Van Wezel Performing Arts Hall.